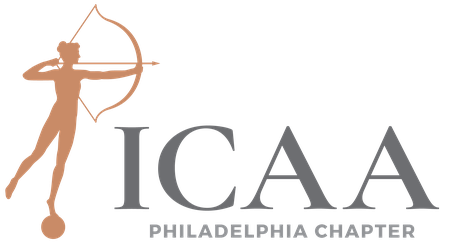 Historians have studied Philadelphia’s architecture for nearly two hundred years. Much of this scholarship privileges elite patrons, rather than the craftsmen who developed the city’s landscape. This lecture explores the professional networks of master builder Thomas Nevell (1721–1797) through the carpenter's daybook, one of the most extensive accounts of a Philadelphia builder working during the third quarter of the eighteenth century. Details of Nevell’s workmen, suppliers, and clients emerge from this manuscript. The daybook provides insights into the types of construction and forms of buildings that characterized Nevell’s forty-year career. Nevell’s employment of other carpenters speaks to the way he expanded his professional connections in the city and helped train the next generation of house carpenters. This presentation will examine Captain John Macpherson’s country estate, Mount Pleasant, and compare it to other construction projects commissioned by clients such as Israel Pemberton, Jr., Benjamin Randolph, and General John Cadwalader. Thomas Nevell’s daybook provides rare insights into the woodworking trades, and encourages a more nuanced understanding of the prominent builders who shaped Philadelphia’s revolutionary landscape.

Thomas Nevell (1721–1797), one of colonial Philadelphia’s most prominent master builders, designed and constructed significant public and private buildings, from the classically inspired Georgian mansion Mount Pleasant to the utilitarian cabinetmaking shop of Benjamin Randolph (1721–1791).  Although shops like Randolph’s shop have long since disappeared, architectural and documentary evidence sheds light into Nevell’s business and the wealthy patrons who supported it. Woodworking artisans set high standard for fashionability and taste among the city’s consumers, and the trends set by their trades dramatically impacted the built environment.

Erin Kuykendall Thomas is a curator skilled at creating rich and lively personal and historical narratives for museums and historic properties. Her research and interpretation foregrounds the materiality of collections by using objects, their makers, or users as tangible links to both past and present. Erin's interest in the intersection of culture, art, architecture, and politics, draws from her training as a Fellow in the Winterthur Program in American Material Culture and the Attingham Summer School. Her archaeological fieldwork at the 17th-century settlement at Jamestown, Virginia, is the foundation for her continued expertise in the Atlantic world. Her specialties include 17th- to 20th-century material culture, particularly as the objects and people dovetail with art, literature, politics, and religion in society; researching; academic and exhibition writing; interpretation; public speaking; project management; and arts education.